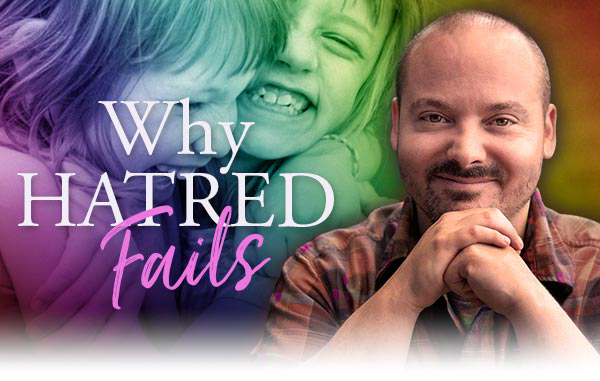 I get it. Just like you do. There are millions of people existing on this planet with only a tiny percent hoarding the majority of funds so many could use just to get by. There are children whose only meal each day comes from a school cafeteria that barely has the funding to feed the future of our country. There are countries where kingdoms and mansions are flanked by street-side beggars. There are displaced children who have been separated from their parents at border crossings who live in unimaginable conditions, perhaps worse than an industrial prison complex. There is human trafficking occurring in underground tunnels just beyond the sightline of our everyday awareness. I say this not to disappoint, shut you down, or make our mission of global peace seem more out of reach than it actually is. With all of these examples occurring at this very moment, there are many things each of us can do to support positive change. While each of us will receive specific impulses to know the level and capacity of our offering,

There is one thing you can start doing right now: making the decision to abolish hatred from consciousness.

The objective of this blog post is to make such a compelling case as to why hatred fails, that releasing it out of your energy field won’t seem as effortful as it is relieving. The more you have become absolved of the tendency to hate, the greater a contribution you can make for the greater good of all, whether on a social, civic, community, or energetic level. No one can tell you the right role for you to play, but as long as we all agree to extinguish the vibration of hatred within ourselves, each and every unjust action can be met with the swift precision of conscious responding.

Hatred is a blind fury towards the actions or activities you are unable to control. Some people hate minorities for simply having a different racial skin tone or the belief that other ethnicities will bring down the neighborhoods of those living in fear. There are also those who hate the unconscious action of a global elite. While the latter example seems more conscious-minded than the first, both forms of hatred vibrate at the same level of unconsciousness. When we hate the things we cannot control, we often retaliate by reflecting the same hateful energy back toward the people we believe are causing such activities. If we are to respond to atrocities in a way that creates resolve instead of resentment.

We must see how powerfully hate shuts us down from transforming each inner victim into the embodied spiritual hero awakening in every heart.

I remember getting glimpses of the unconscious power of hatred as a kid. I remember growing up learning about the Holocaust, where many of my distant relatives lost their lives in concentration camps. I asked my parents why nothing was done to stop this. Their answer was blaming the power of Hitler. I thought to myself, “So you had time to discuss the abusive tendencies of a dictator, but nothing was done to stop it?” My parents responded, “You can’t just stop what you’re doing and go over there.” To which I replied, “If we had assembled as a group, would it have had the power to have stopped it? When we’ve stopped everything in our lives and come together for a common goal, isn’t that how every bit of social progress has been created?” My parents looked on with pride as the fury of injustice stirred in the heart of my young self.

Over the next many years, I took the time to study hatred in my own personal observations. I would notice unjust things happening in the world, situations that elicited hatred responses from the general public; then I noticed how the more hatred one felt towards something they couldn’t control, the more they were led to a pit of despair or apathy where the problem seemed too big to fix. Those who were shaking their fists in outrage inevitably walked away with their heads down in defeat.

Even before I began channeling consciousness on behalf of the Universe, on some level, I knew the strategy was to never hate in response to hateful acts. When and if it occurs, you are merely reflecting back the same unconscious energy toward a perpetrator from a more righteous standpoint. Believe me, your battle cry more than likely contains much merit, but if it’s expressed through hatred, it is merely recycling the same energy you are opposing back into the collective field. This is why statements like “an eye for eye” or “fight fire with fire” are only excusable mantras in motion pictures.

When you hate, you are:

Hating the unconscionable actions of others won’t stop the activities taking place. Equally so, choosing not to hate such unsavory behavior does not mean you support it. It’s a matter of a tipping point in consciousness. If you are meant to take to the streets, by all means, assemble as peacefully as possible for each and every goal our world deserves to have resolved. If you are called to assemble on an energetic level, then each and every atrocity in sight creates countless opportunities to anchor the light that brings justice and positive change for all sentient beings.

Whether the mantra is “I am the light, the light I am”, “May your dignity be restored”, “I forgive you”, or any affirming statement of collective resolution, simply by taking the time to meet the unconsciousness of hateful action with a more conscious response, you are assisting in creating the tipping point on a vibrational level; a tipping point that once tipped in the direction of consciousness brings to this planet an orchestration of synchronicity that allows positive change to expand from within and into every sector of our human experience.

I certainly cannot tell you how to respond to the horrors in plain view, but I can invite you to take a closer look at why hatred fails. If you choose to hate, it will be nearly instinctive to exhaust much of your energy in moments of dissent so that you have no gas left in the tank to put towards the solutions our world is being energetically primed to receive. While no one wants to believe they are easily manipulated, each and every time you hate in response to hurtful worldly affairs, you are falling victim to a game of manipulation that makes you one less effective voice to step forward in conscious response.

No matter how atrocious the actions in view are,
the moment you hate, you take the bait —
hook, line, and sinker.

AN INVITATION: For these reasons, I have decided to assemble our global love revolution on a monthly basis to align our energies in a positive direction by bringing energetic resolution to each of the areas that adversely affect our planet. Each of these monthly calls will be free and open to every human being walking this Earth. Our objective will be to bring embodied consciousness to the areas of worldly concern, so we can feel a part of the solution, instead of being pushed around by the problems in view. I am calling these monthly calls Project Resolution. It is an initiative I am leading to gather humanity, align our highest virtues and consciousness, and aim our collective power to energetically create a brand new world for all to inhabit.

This will truly be the Love Revolution in action. More details will soon be available about our Project Resolution calls, but in the meantime, let’s prepare for our global assembly by choosing not to hate. Let’s be smarter than the unconsciousness in view, so we have enough energy to create resolve for the benefit of all.

Together we stand. United as One. All for the love of all.